When you’re pregnant, or trying to conceive, not only do you think about your own health, but the health of your baby growing inside you. We all consider making lifestyle changes, such as a healthy diet, getting regular exercise or actively reducing stress, doing whatever it takes to be as healthy as possible.

But what about radiation? Mobile phones and wireless devices like laptops and tablets have become such an essential part of our everyday modern life, we don’t stop to think about the side effects of them.

Radiation is energy travelling through space or materials, sometimes referred to as EMFs (electromagnetic fields). Mobile phones use electromagnetic radiation to send and receive information. Every time the power is turned on; mobile phones emit radiation – even in stand-by mode.

Numerous studies, including recent research by Yale University, have shown that high amounts of radiation is harmful to the body by damaging cells, body tissues and DNA. Because of this, health experts believe pregnant women, and young children, are more vulnerable to mobile phone and wireless radiation because their bodies and brains are still growing and developing, so they absorb more radiation than adults – in fact, TEN TIMES more^. 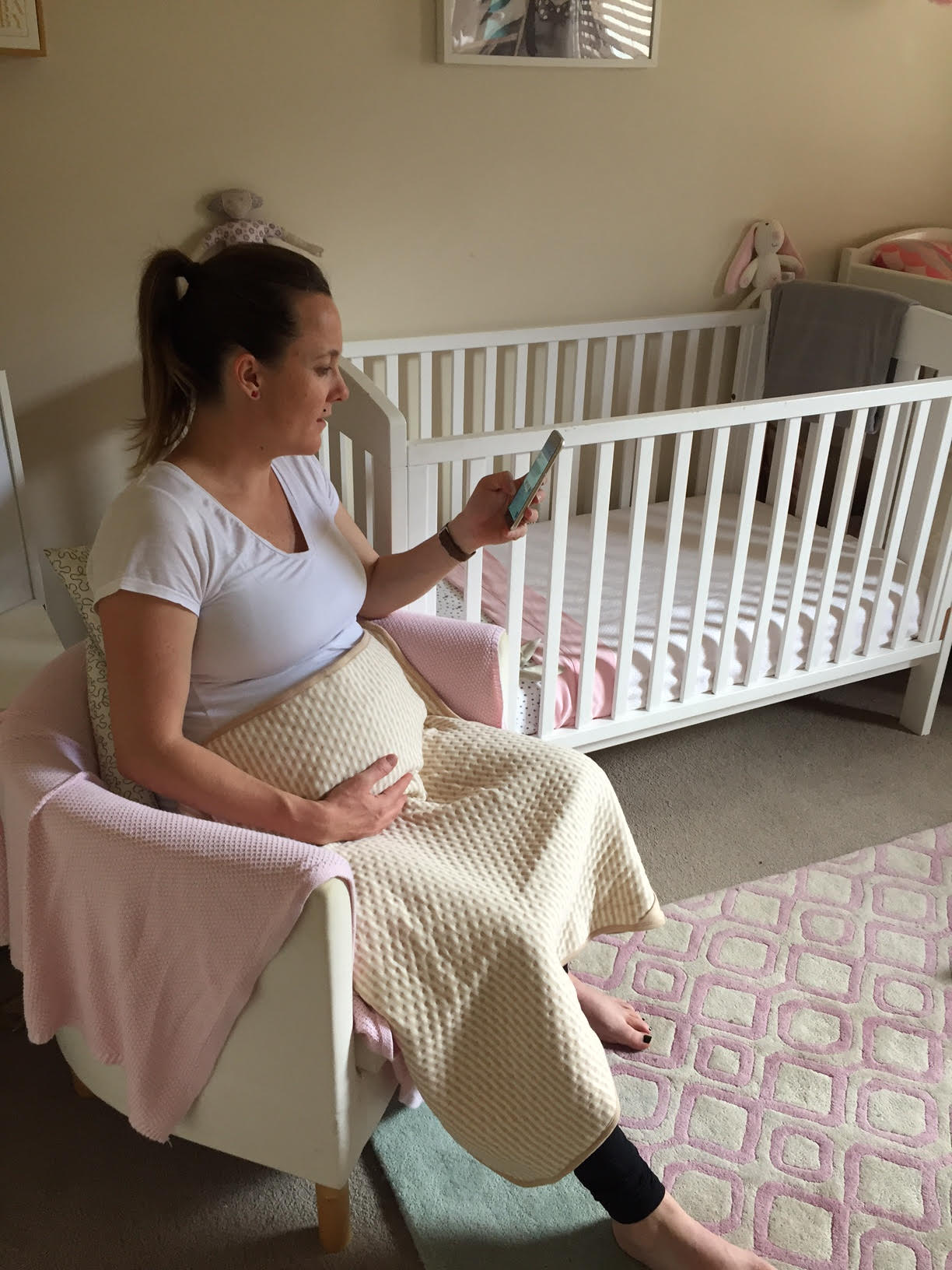 After doing some research on electromagnetic field, Mother of two Kristin Irwanto and her partner, an Environmental Engineer, became more aware of the risks and health impacts of everyday radiation (non-ionizing radiation emitted by sources like cell phones, computers, wireless towers and powerlines) so launched Radia Smart. 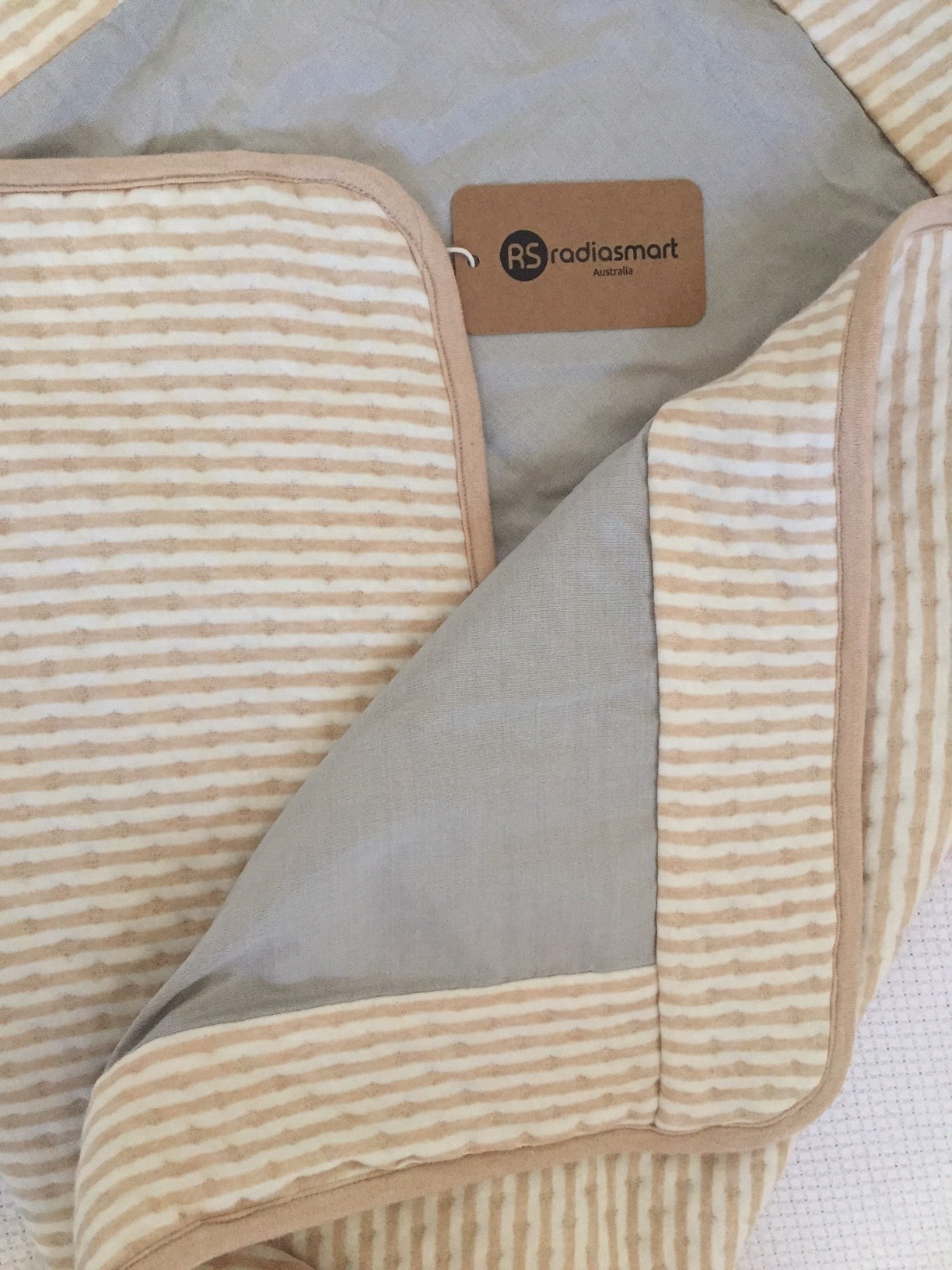 Herself a mother of two, Kristin says she wants to create awareness of everyday radiation and its health impacts so that people are able to make their own decisions for their families.

“When I was pregnant with my first child, I started to become more aware of electromagnetic radiation from mobile phones, iPads and laptops. I was working full time as a Computer System Support and I was surrounded with radiation-emitting devices everyday,” Kristin says.

“Like many mums, I want to provide the best environment for my baby, (so I) started to wonder what are the risks and health impacts for pregnant women and families in the long term,” Kristin adds.

Radia Smart’s current collection includes the Belly Band, Organic Blanket and Flexi Cover, which can be used as radiation shielding for pregnancy and after your baby is born to offer them extra protection. 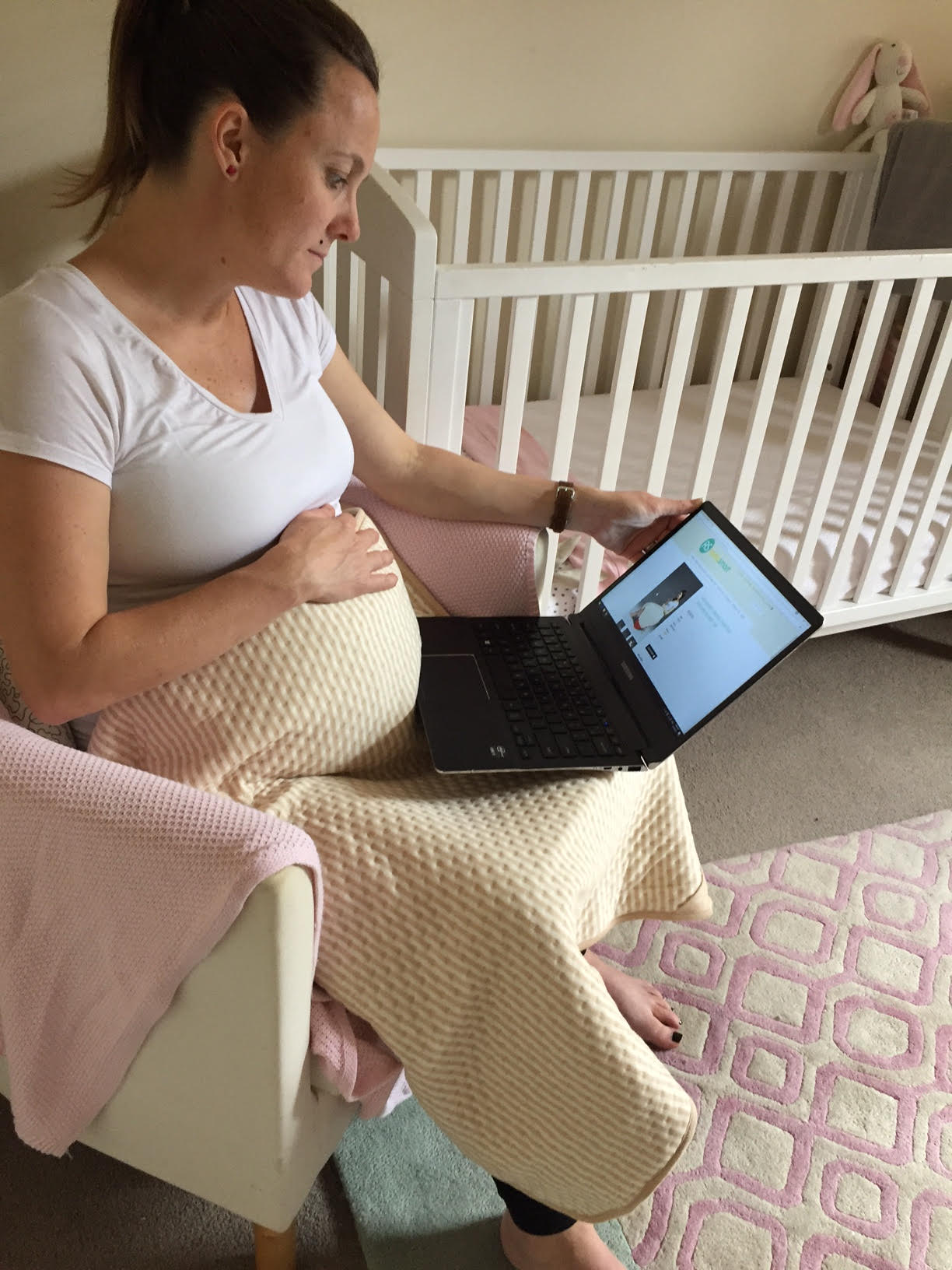 My friend Laura May, now 8 months’ pregnant with her second baby, has been road-testing the Radia Smart Organic Blanket and Belly Band. As a busy professional mother, like many of us Laura is often using her mobile phone, or working on her laptop or iPad, but says she never stopped to think about the everyday effects of radiation.

“Using these (Radia Smart) products has raised my awareness and provided a sense of security when wearing it… I feel my baby has an extra layer of protection and it gives me some peace of mind knowing I’m helping to reduce any effects of radiation,” Laura says.

“I regularly use my mobile phone and laptop for work and most communications, so I would absolutely recommend Radia Smart to other mothers to provide that extra protection and sense of comfort.” 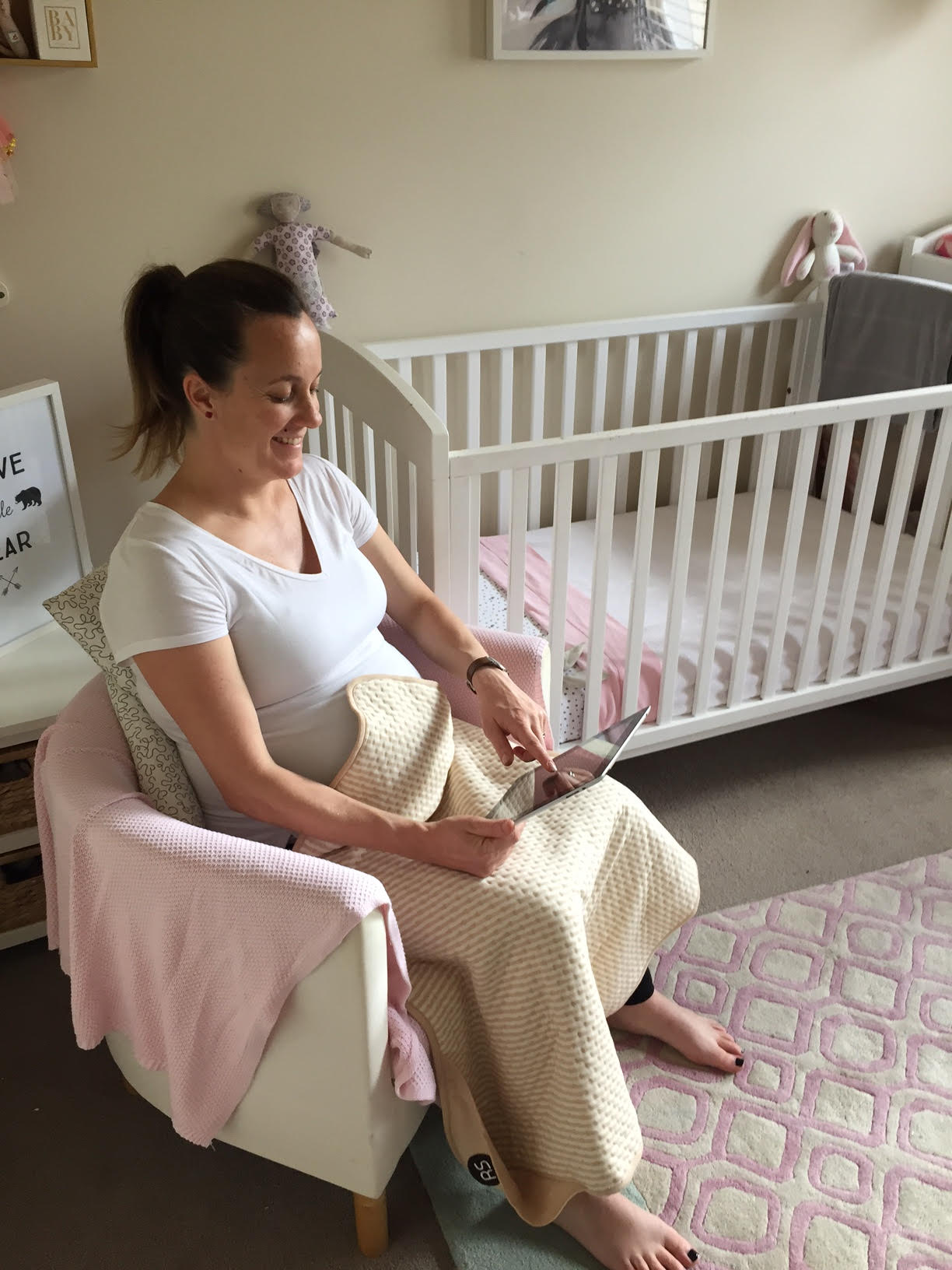 Unfortunately, non-ionizing radiation is absolutely everywhere, so blocking it completely is impossible, but experts do agree that products like Radia Smart may provide at least partial blockage from some of it.

HOW DOES RADIA SMART WORK? 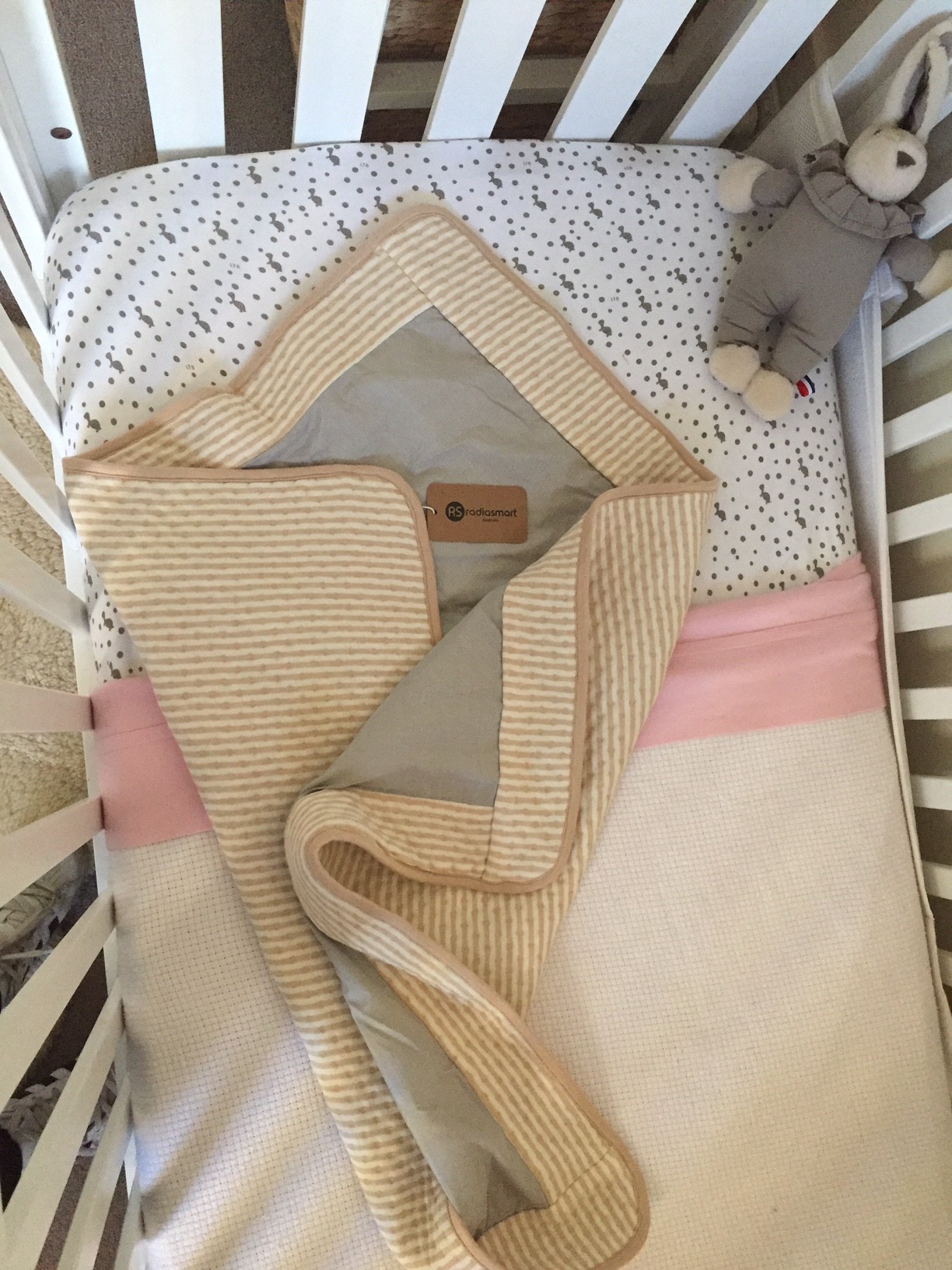 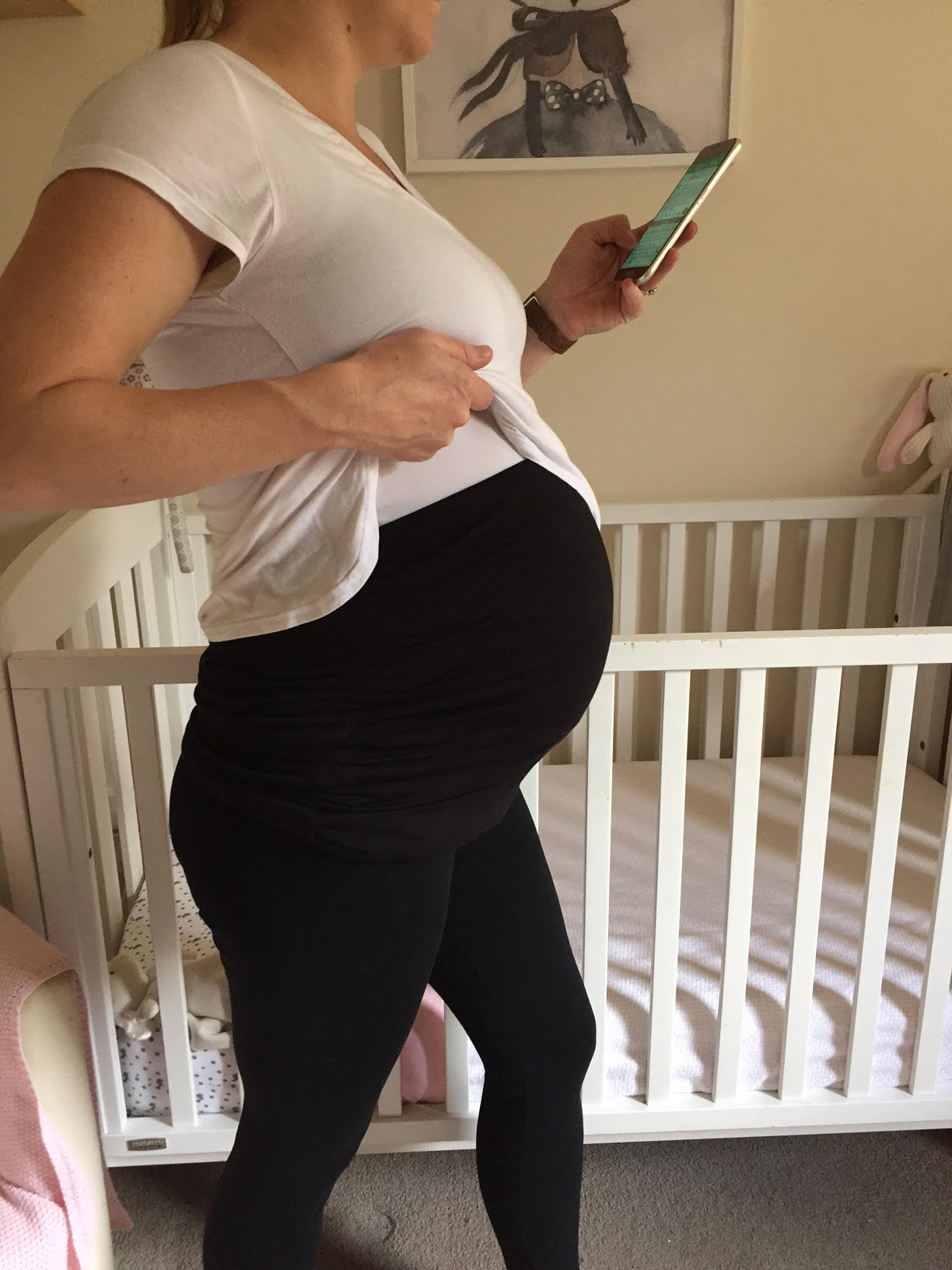 It’s also worth mentioning that a healthy baby is due to a lot of factors, including healthy parents with healthy diets, the mama to-be resting whenever you need and getting a good night’s sleep, maintaining low stress levels, and cutting back on mobile phone and WiFi use as much as possible.

My favourite from the range is the Organic Blanket, which is made with Organic Cotton, it is extra large and lovely and soft. Perfect for curling up on the couch with your computer or iPad on your lap, it’s not only handy for pregnancy but you can also use it after your baby arrives while you use your devices. You can use it as a play mat, as a blanket for your baby or even as a swaddle wrap. 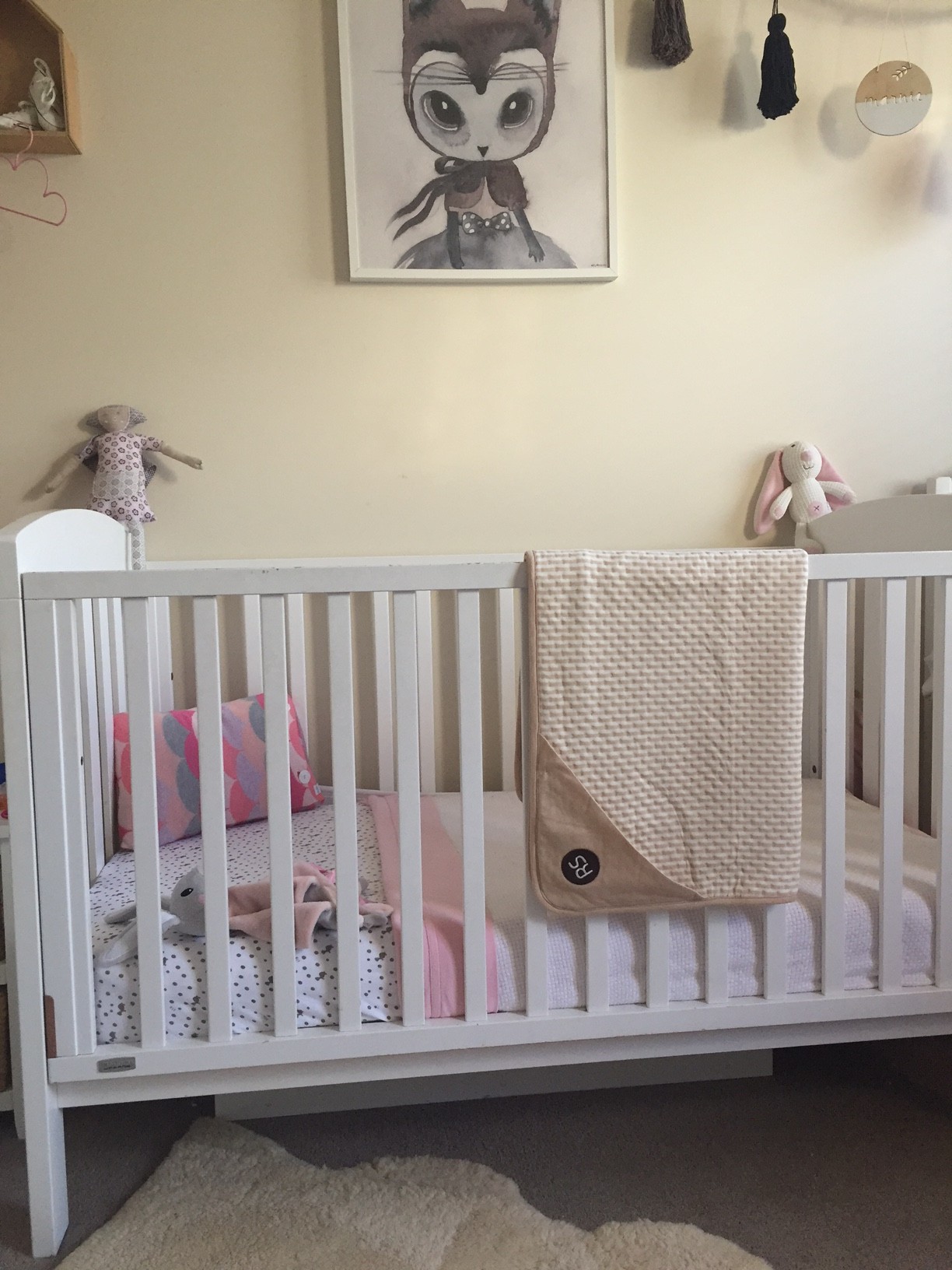 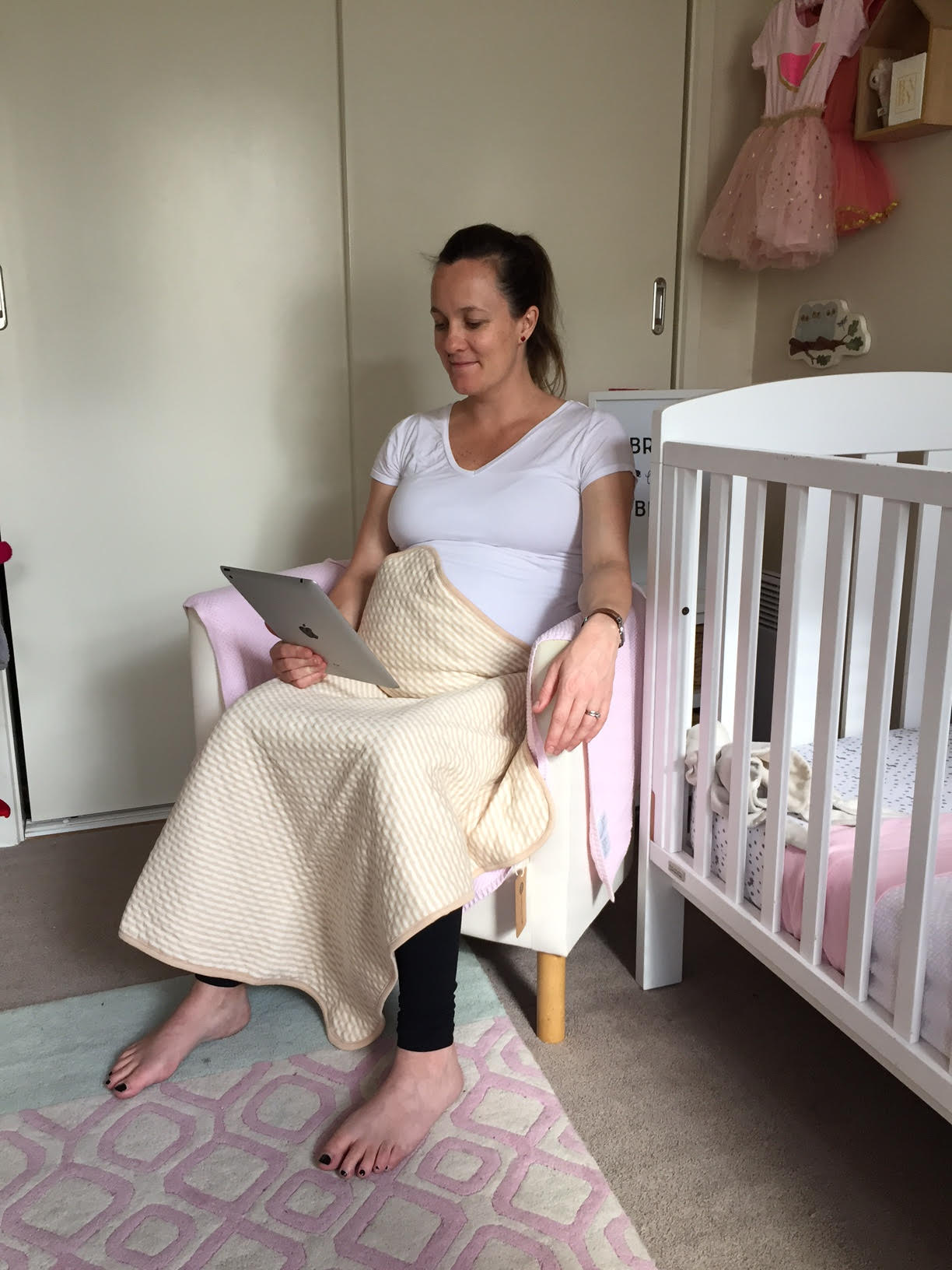 The Belly Band is so convenient, as it can be worn over or underneath clothing for added protection wherever you go. It comes in Nude and Black, and has a handy adjustable waist so it can grow with you as your belly grows. 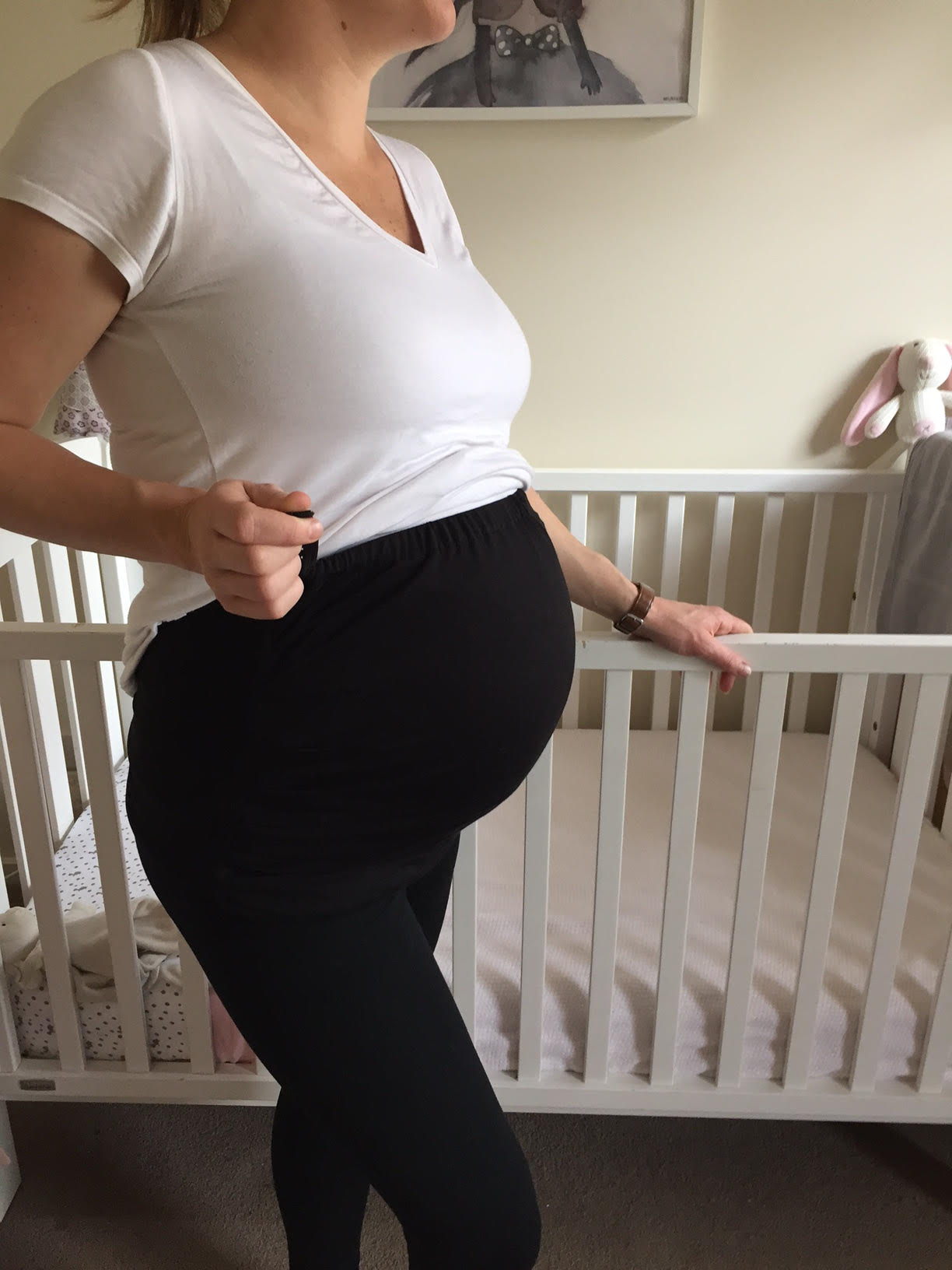 The Flexi Cover is probably the most versatile piece in the range; wear it over your clothing during pregnancy, use it as a breastfeeding cover, a cover over your stroller or while baby wearing over your baby carrier. Fully adjustable with straps, it comes in three colours: pink, blue and black. 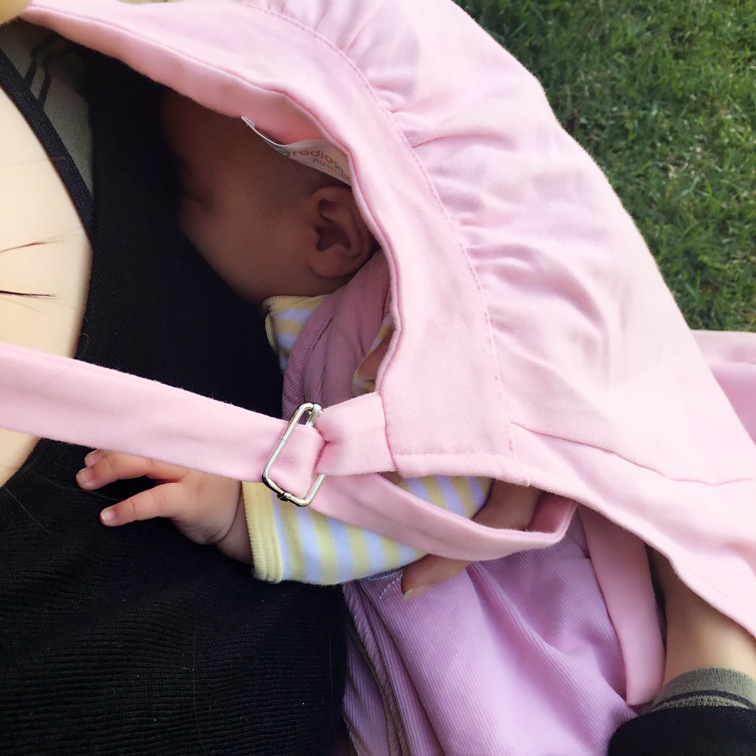 Check out the full range at Radia Smart: www.radiasmart.com