In February 2021, The Australian Radiation Protection and Nuclear Safety Agency (ARPANSA) releases a new standard for limiting exposure to Radiofrequency (RF). The RF spectrum is 100 kHz to 300 GHz. For more information about Electromagnetic spectrum go checkout this page (What is Radiation).

The ARPANSA Standard follows the 2020 guidelines from International Commission on Non-Ionizing Radiation Protection (ICNIRP). ICNIRP is the recognized global agency that provides scientific advice and guidance on EMF

The ARPANSA Standard has lots of technical terms which is normal. It is better structured and easier to read compared to the ICNIRP's. The majority of the document deals with risk management. The RF Standard has two exposure limits:

1. Occupational exposure: has much higher limits. It is for RF workers (telecommunication, military) or people that are exposed to RF radiation in their work with risk management in place. 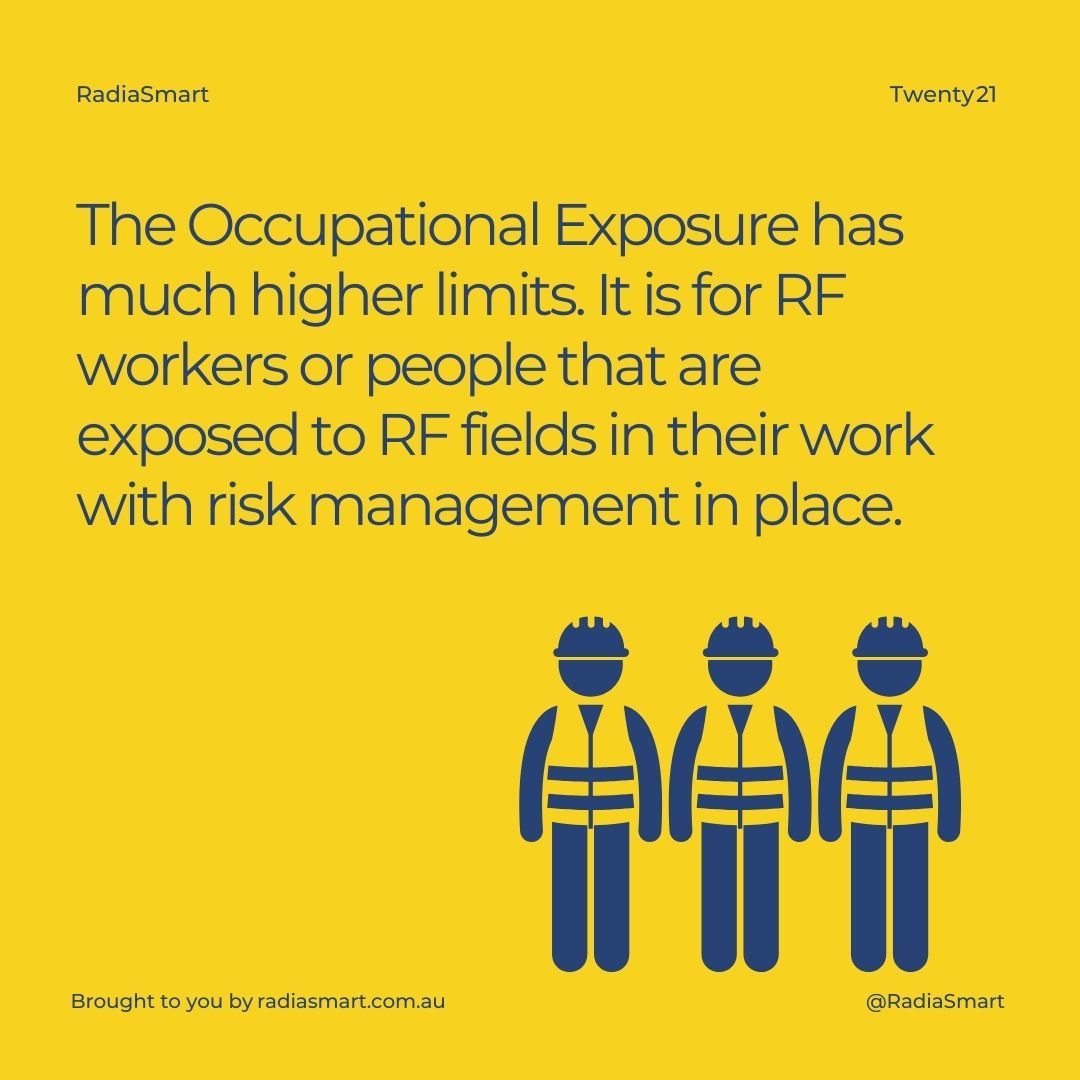 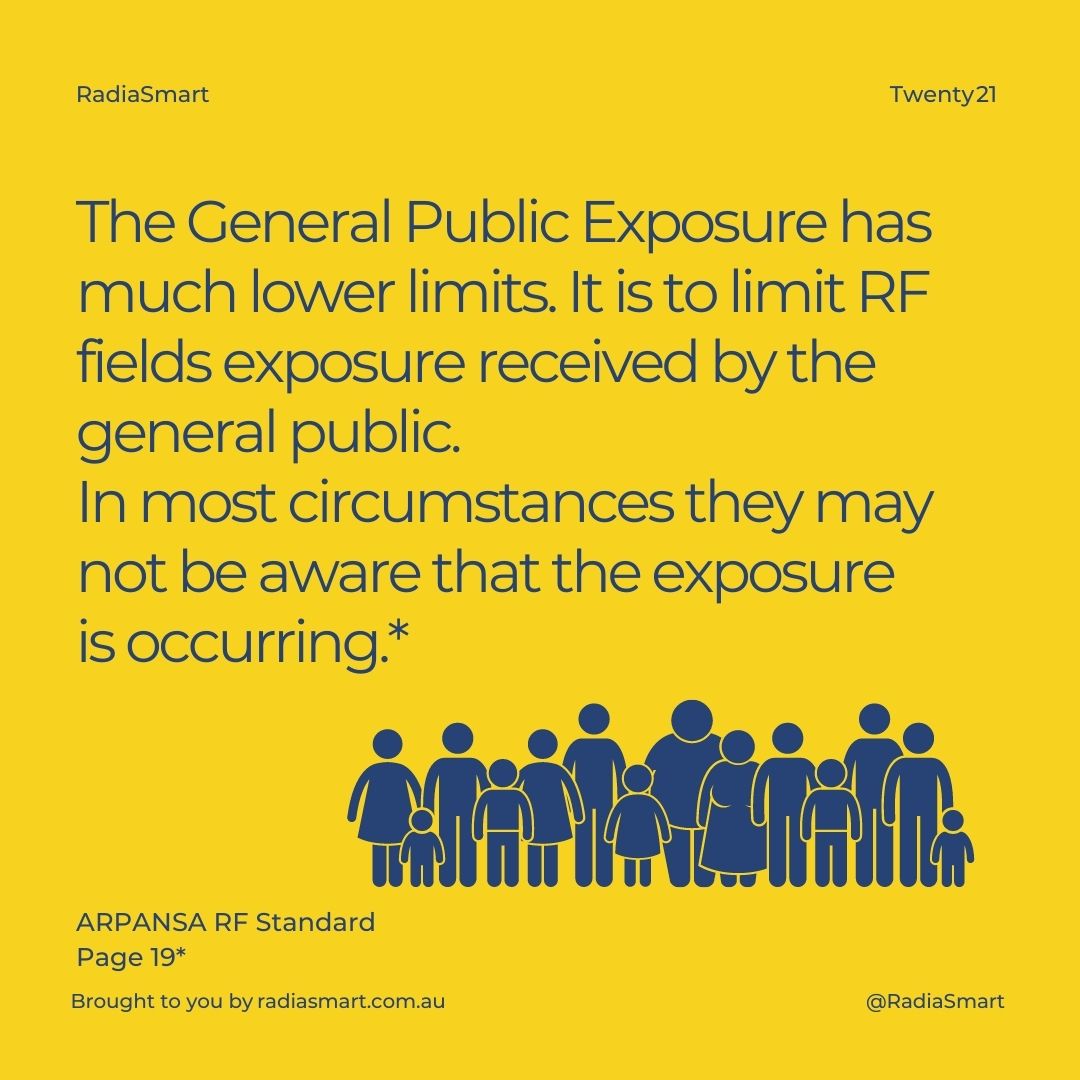 When reading the document, there is one thing that catches our attention. There is a special consideration for pregnant workers. Pregnant workers in RF industry are encouraged to tell their employers when they become aware of their pregnancy. Thereafter, pregnant workers are no longer allowed to be exposed to RF fields at Occupational exposure limits. The pregnant workers are to be assigned to non-RF work without loss of employment. We could not find any explanation or reason for this on the document. We have to trace it back to the ICNIRP guideline.

The ICNIRP guidelines states the precautionary approach for pregnant workers is very conservative. They add that there is no study available that has considered the effect of brief RF exposure of pregnant women up to the Occupational limits. ICNIRP also states there is no evidence relating the effect of radiofrequency radiation to baby in the womb.

Yet, ICNIRP does acknowledge the data from Japanese scientists confirming that smartphones can increase the temperature of the baby in the womb. The three studies referenced on the ICNIRP guidelines: 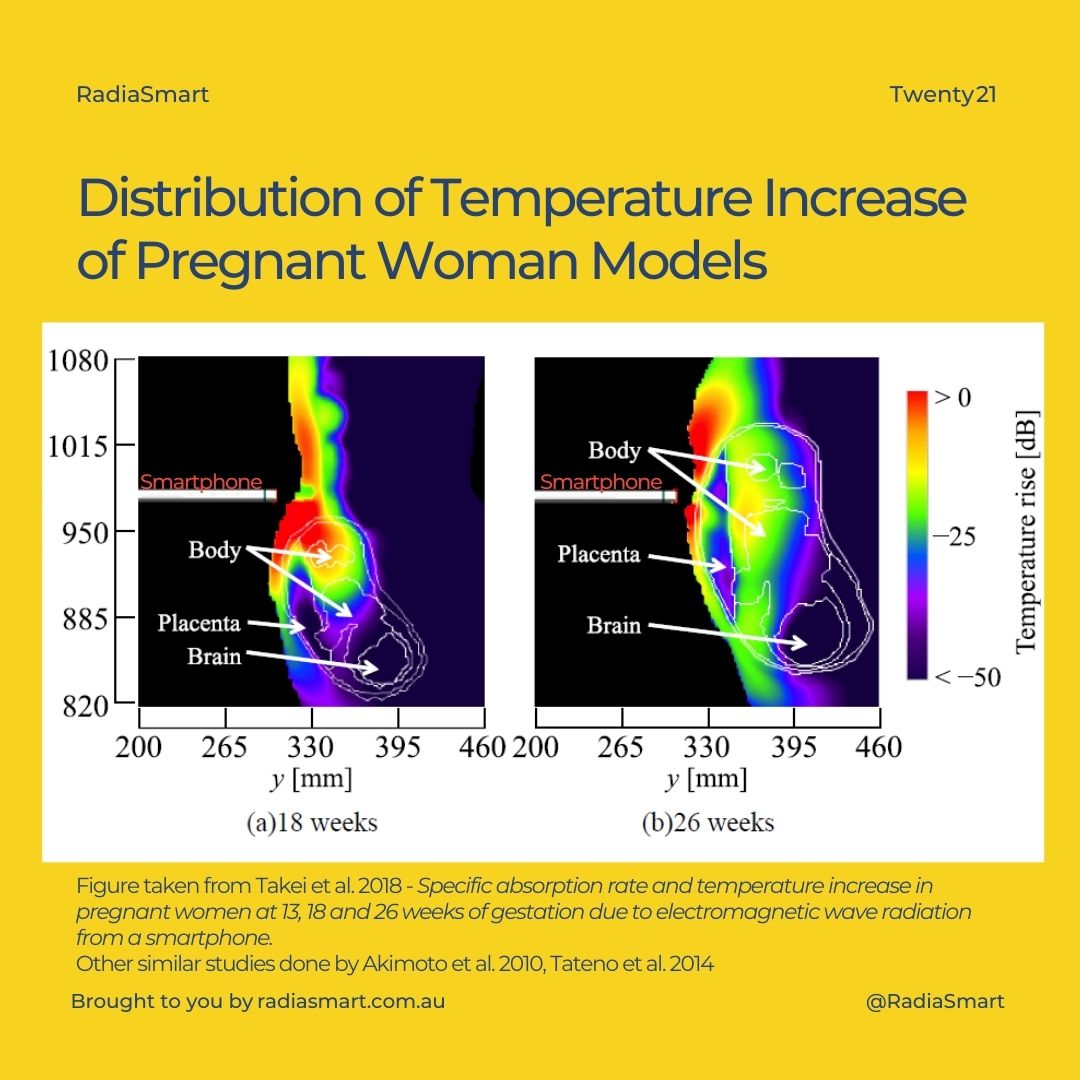 These three separate studies confirm that smartphones, when placed near the womb area, can increase the temperature of the baby. In fact, the smartphone heat up any part of our body when it close enough to our body. I'm not sure how many people are aware of this. There are other studies confirming this and referenced in the ICNIRP document. This is a common issue and acknowledged by the group. On that note alone, it is best to keep the smartphones away from us as much as possible. We know that can be challenging as we rely soo much on the device for a lot things these days.

Going back the studies on pregnant women, the greatest temperature increase of the baby from the smartphone is 0.16 °C or 0.288 °F. We know for an adult 0.16 °C (0.288 °F) is insignificant and even 1 °C (1.8 °F) difference is normal. But, 1 °C (1.8 °F) temperature increase for the fetus can be very dangerous for the baby. The studies measured the time needed to reach maximum temperature increase is approximately 6 minutes. The average person spend about 3 hours a day on their phone. This means it is possible that a pregnant mother who use the phone near the tummy area can unknowingly elevate the baby's temperature. It is worrying that there is no further study on what this does to the mother and the baby, apart from the increase of temperature.

Some thoughts in plain English

1. The industry authorities agrees that pregnant women cannot be exposed to RF at the higher limits.

2. In Australia, it appears that the pregnant worker (in the RF / telecommunication industry) needed to take the initiative to start the discussion with their employer. It is quite common for expecting moms not to share the good news before 12 weeks of pregnancy. This means it is really up to the expecting mom to decide when to tell their employer.

3. Once knowing about the pregnancy, the employer has the responsibility to look after their worker. This is good to know!

5. The ICNIRP guidelines states a few studies are available on maternal mobile phone use during pregnancy and potential effects on child neurodevelopment. But there is no discussion nor reference included.

6. For the people in Radiofrequency / telecommunication industry the RF standard must be a common knowledge. But, how about for the general public? The information is very technical even for us (Radia Smart) who has been a supplier of RF shielding solutions for 5 years. It takes some time and effort for us to understand the basics of the standards.. Not a lazy afternoon read for sure...

7. It appears that these agencies are waiting for someone else to start the research and they will review the data at the end...That is a bit of a concern!!!! The whole approach seems to be quite passive..

What should we do now? How can we reduce EMF exposure?

1. Don't panic. It is never our attention to create fear. We want raise the awareness and help others to make smart decisions on wireless devices.

2. The easiest thing to do is best to keep any smartphones away from babies or the tummy during pregnancy.

4. Removing the source is always the better option. If that is not possible use shielding materials for radiation protection.

5. Download our free guide on how to reduce electromagnetic radiation. 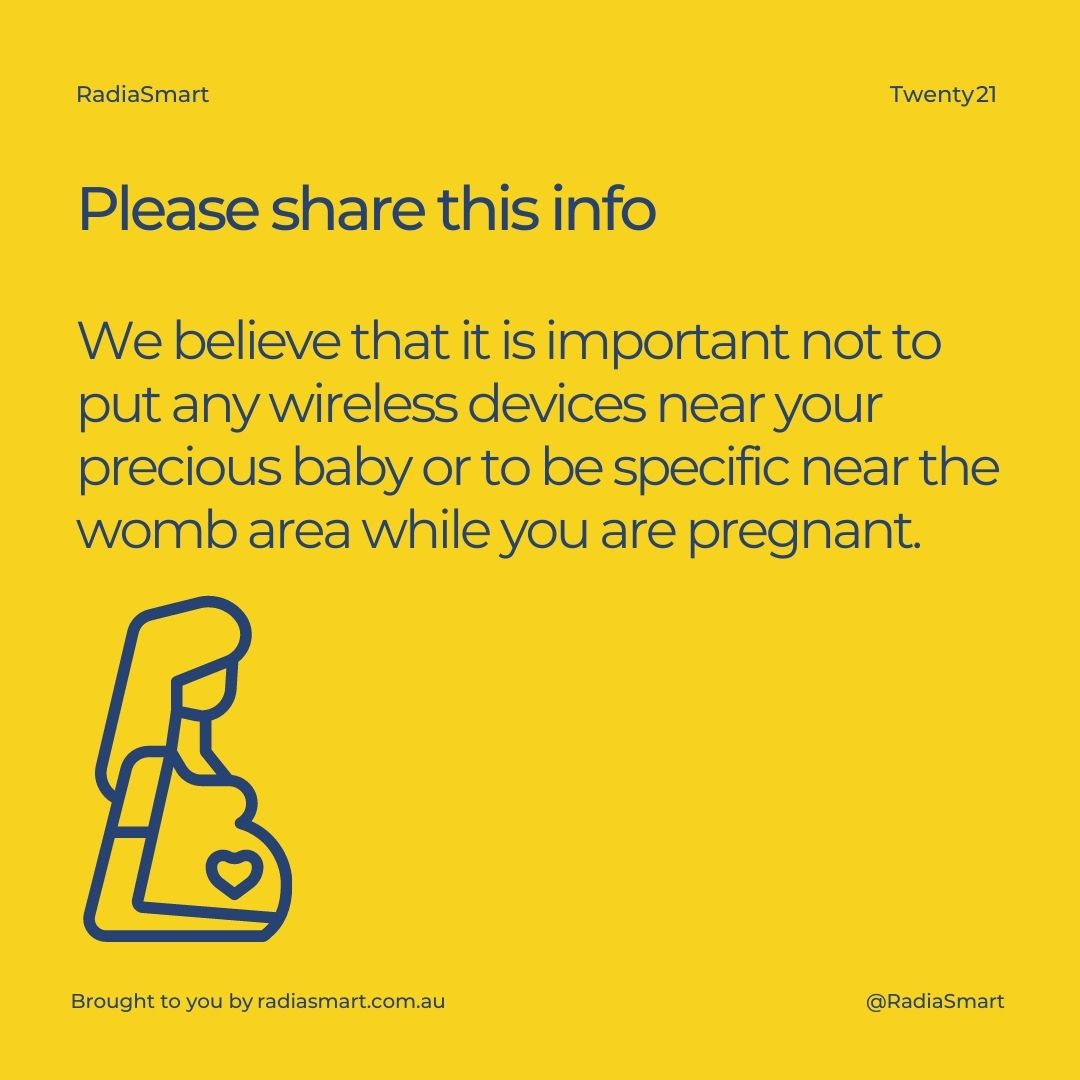 Disclaimer: the views and opinions expressed in this article are those of the authors and do not necessarily reflect the official policy or position of any government or private organisations. They should not be utilized any other than expressed opinions. All opinions are based on what is available on the open source information. Please consult with the relevant people in the relevant industry more info.