Wireless charging is all the rage these days— It's convenient and easy, and is a good option for people who don't want to deal with the hassles of dealing with cords and plugs. It's also a nifty device for anyone who wants to move around without having to worry about their charger being with them or finding a place to plug in.

But as with most wireless technology, it also has its drawbacks. It also emits EMF radiation.

Here's everything you need to know about wireless charging and why it might not be all it's cracked up to be.

What is Wireless Charging and How Does It Work? 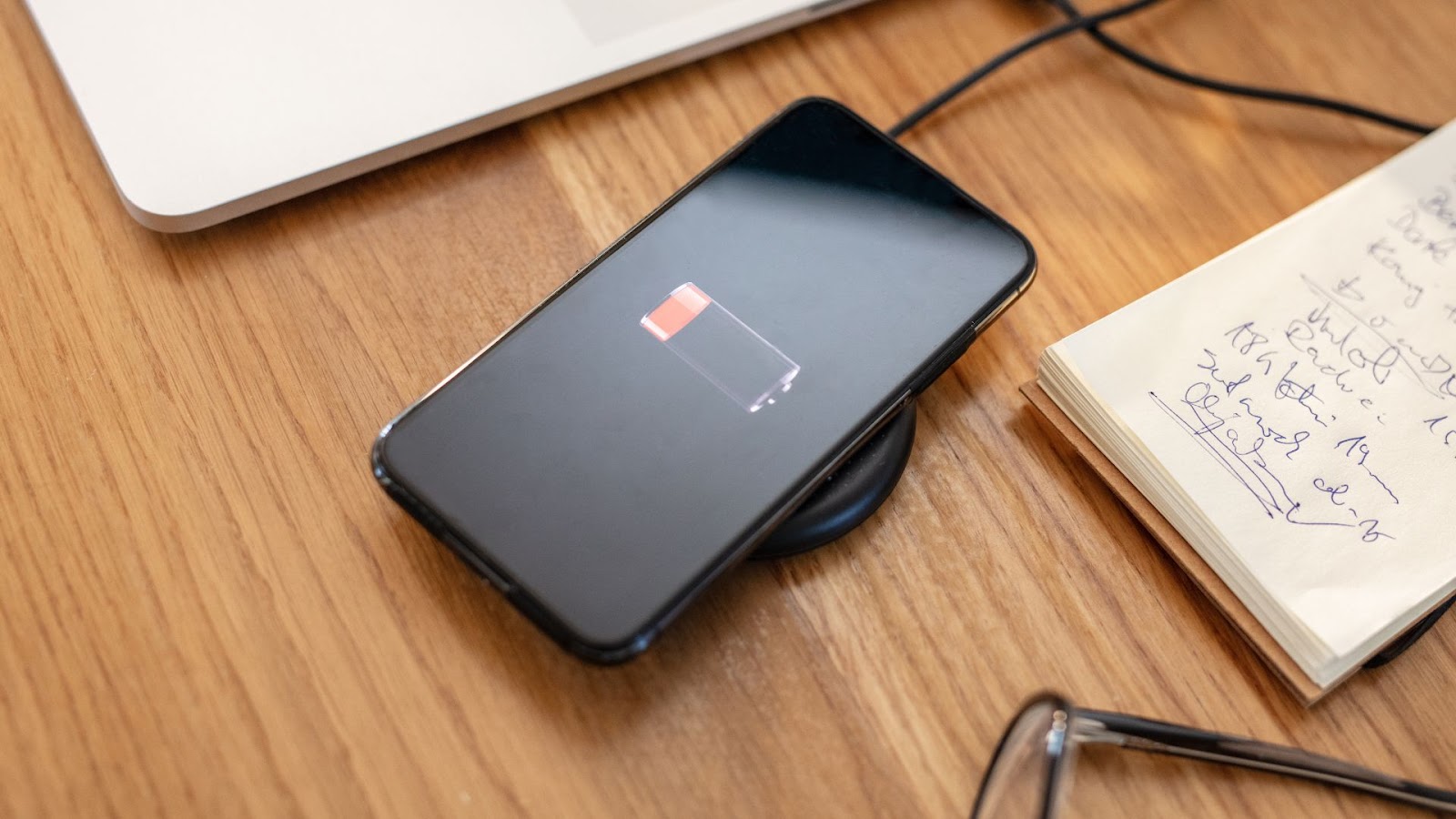 Wireless chargers are a great way to charge your phone without having to plug it in. They are also easy to use, and can save you time if you're constantly on the go, as they don't require you to take your phone out of its case or case cover.

Wireless charges use a base station or a charging pad to transmit power through electromagnetic waves. These waves are then picked up by a receiver coil embedded in the back of your phone that transforms the waves into electricity. This electricity is then used to charge the smartphone. This system can be used with most phones, even those that do not have traditional cables or cords attached.

Pros and Cons of Wireless Chargers 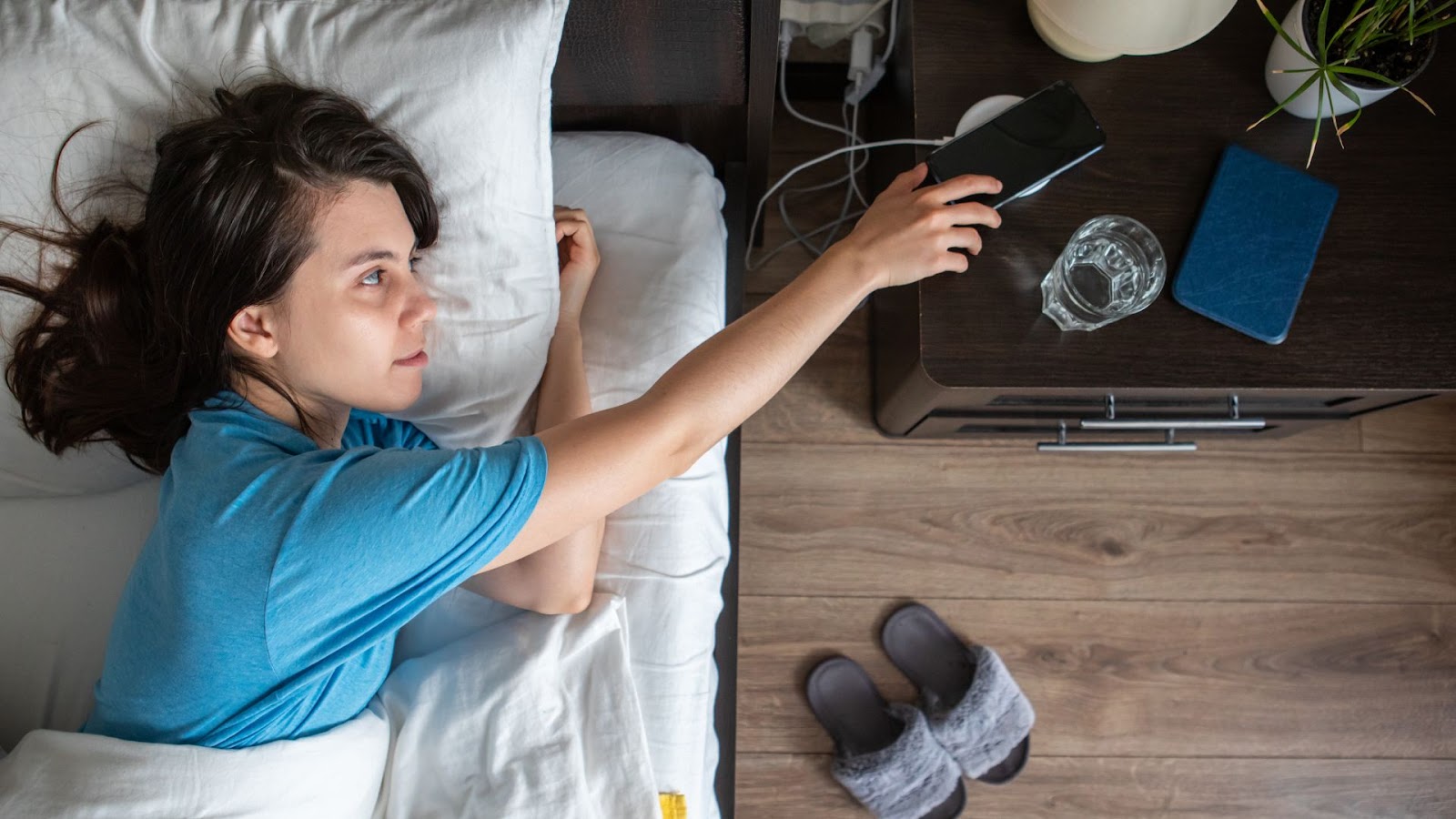 Pros: They're convenient! You can sit down anywhere and start charging your phone without having to worry about getting tangled up in wires or wires breaking. Or you can just leave your phone on a table or countertop next to you while you do other things—it'll still charge when you get back!

Cons: Another con is that wireless chargers are slower than wired chargers. In fact, it takes wireless chargers 30-80% longer to fully charge your phone compared to a traditional charging cord. Another thing to keep in mind is how you place your device on the mat can affect how long it takes to charge.

They also cost more than wired chargers, so if you want one for your new phone but you can't afford it right now, this might not be the best option for you.

Another con is that you won’t be able to use your phone while it’s charging wirelessly. If you like using your phone while it’s still charging, then wireless chargers may not be for you. At least with a cord, you are free to move around the diameter of the cord. With current wireless chargers, your smartphone has to stay on top of the charging pad in order to continuously charge. 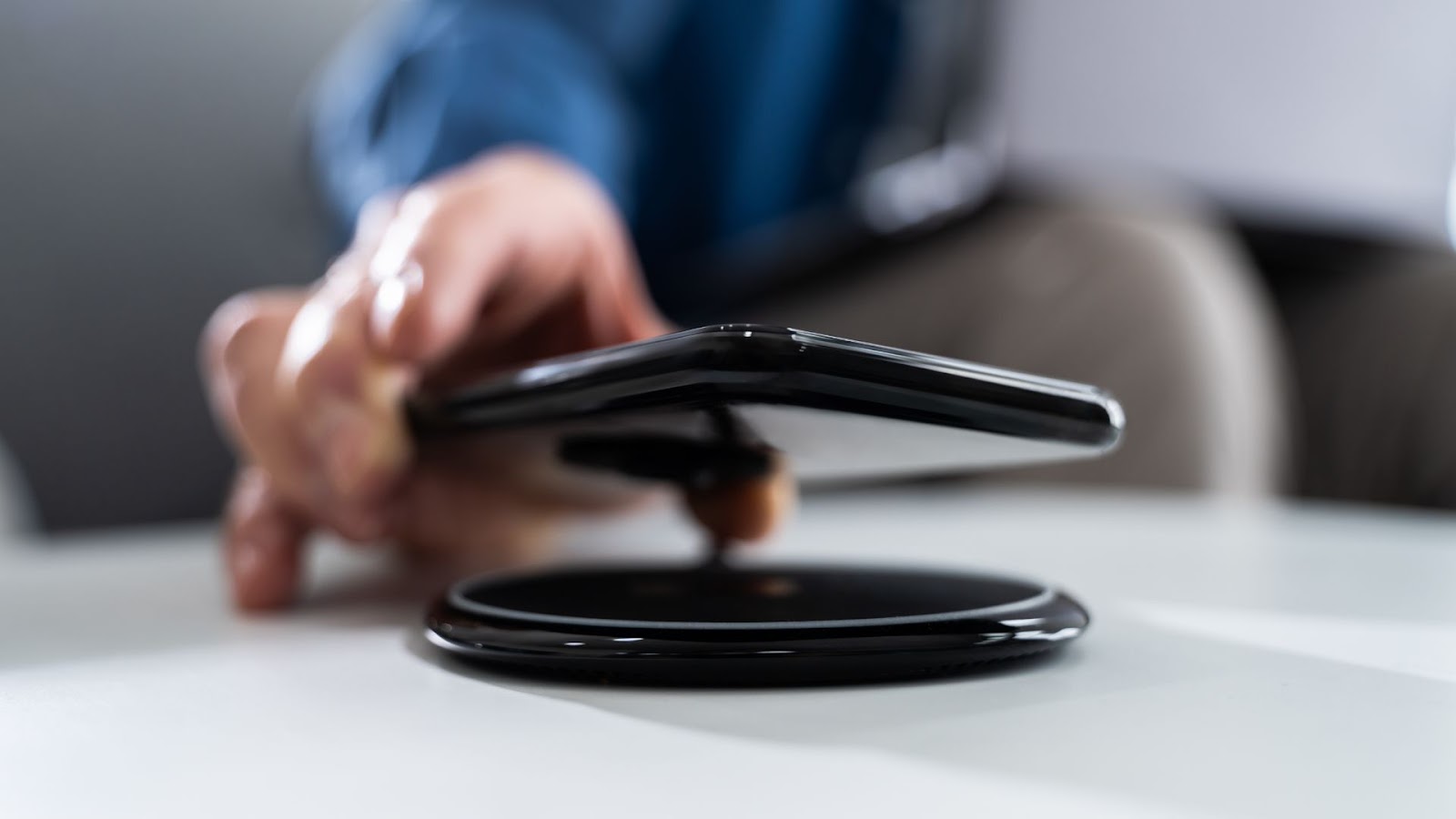 When you’re simply plugging in your wireless charger, it actually only emits trace levels of ELF (Extremely Low Frequency). However, when you place your phone on the charging pad, the coils between the two devices align and the transfer of energy increases emissions to around 3 milligauss (mG).

To give you a clearer idea of the amount of EMF radiation that is emitted from your wireless charger, let’s compare it to other devices you might have around your house.

An alarm clock and computer monitor both emit 5 mG. Standing under a power line will expose you to around 5-10 mG of EMF. That’s only more than your wireless charger by a small margin.

The EPA (Environmental Protection Agency) recommends keeping our daily EMF exposure to under 4 mG, but if you can keep it at a limit of 2 mG for extra precaution, then the better.

As the capabilities of wireless chargers grow to more complex models that can charge over longer distances, the EMF radiation produced will only intensify, thus increasing the health risks associated with wireless charging.

The effects of EMF radiation are cumulative hence exposure to EMF radiation over time can lead to serious health problems, such as DNA damage and oxidative stress, and mental and physiological changes.

The good news is that there are some precautions you can take to protect yourself from EMF radiation from wireless charging pads.