Thank you all beautiful mums for all your hard work to keep everything going every single day for your family.

We celebrate this mother's day by give $15 off & Free Shipping end 15th May. 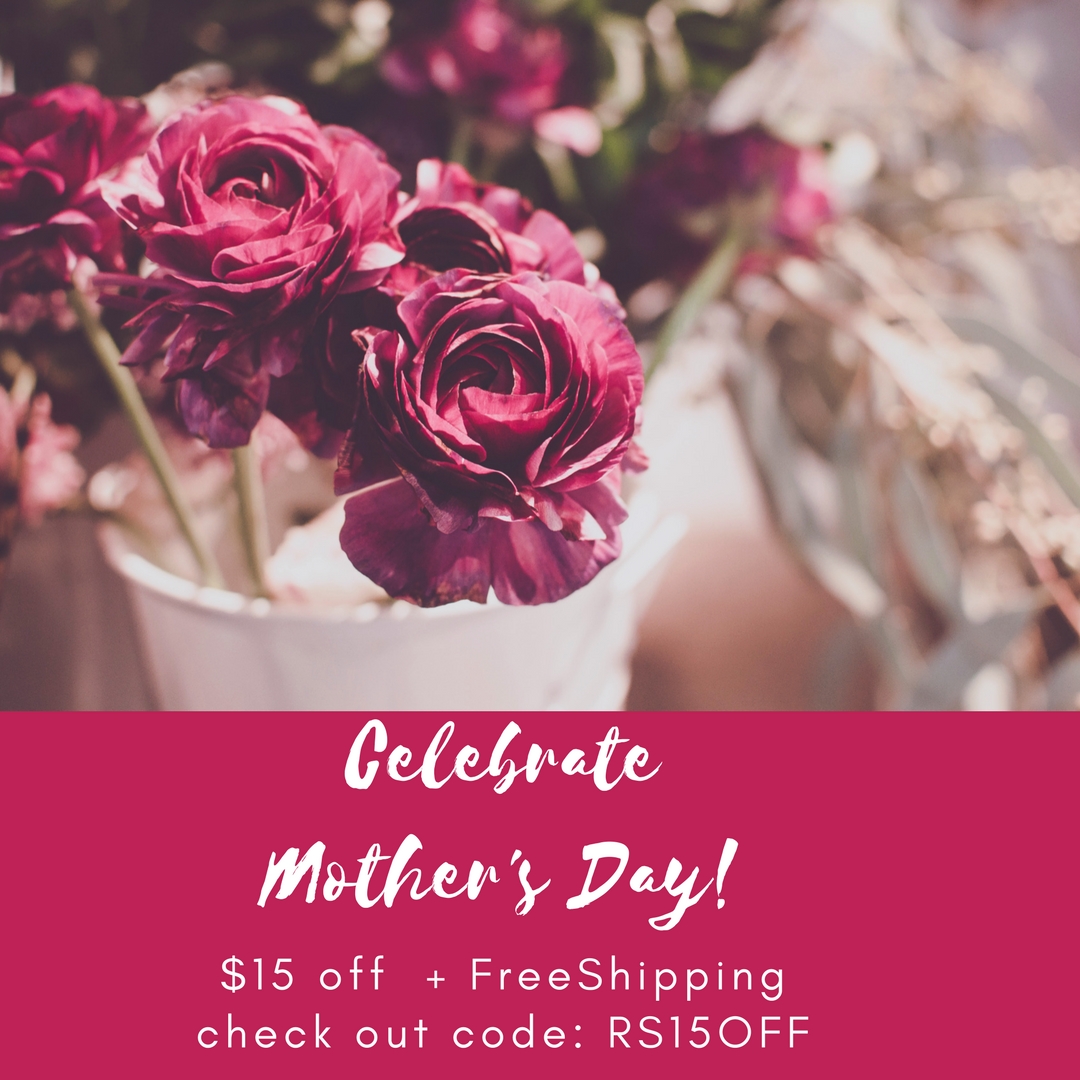 The present-day celebration of Mother's Day began in the year 1908 when Anna Jarvis organized a memorial for her mother, Ann Jarvis, a peace activist who used to care the wounded soldiers of the American Civil War. The event was held at the St Andrew's Methodist Church in Grafton, West Virginia, which currently holds the International Mother's Day Shrine. Anna Jarvis began the task of getting support for the celebration of Mother's Day in the United States in 1905 after her mother died the same year. She wanted to honour all the mothers of the world who have done a lot for their family and society.

Due to her continuous efforts, most of the US states by 1911 started celebrating Mother's Day as a local holiday and the West Virginia, the home state of Jarvis became the first state to declare the holiday for the occasion in the year 1910. Finally, the second Sunday of May was officially designated as Mother's Day in the USA and was declared as a national holiday after Woodrow Wilson, the 28th President of United States of America signed the proclamation in the year 1914. In this way, the present Mother's Day came into existence in the USA and the same date is also selected by countries like India, Bangladesh, Pakistan, Italy, Singapore, Belgium, and a lot more other countries.

Why do we celebrate Mother's Day?

Mother's Day is an occasion which is celebrated in various parts of the world to express respect, honours, and love towards mothers. The day is an event to honor the contribution of mothers, acknowledge the efforts of maternal bonds and the role of mothers in our society. Although, different countries celebrate the occasion on different dates, the common months of the celebrations are March or May. Mother's Day is a similar effort like other celebrations like Father's day, Siblings Day, Grandparents Day and others.

It is a day which makes people remember the importance and significance of mothers in their life and is observed as a day to give special emphasis to the motherly figures around the world.