In this age of hyperconnectivity, our cell phones keep us “plugged in” to the world 24 hours a day, 7 days a week. In fact, in 2014, a study showed that only 2 devices had access to the internet for every person in the world. However, today, that number has increased to 2.4, indicating that one device is no longer enough for our modern life!

With the constant need to stay connected, convenience, and the ever-increasing demand for phones, companies are building more and more cell towers around neighborhoods. But is this safe?

Phone towers allow us to communicate with each other through Radio Frequency EMF (Electromagnetic Field), a type of non-ionizing radiation. And the closer you are to a mobile tower, the higher your exposure to radiation. A key thing to remember here is that with radiation, distance is your friend.

To give you a better idea on how to cope with radiation exposure, we’ll talk about how phone towers expose us to radio frequencies, what are the safe distances for reducing mobile tower radiation, and what to do if you get too close to these radiation sources. 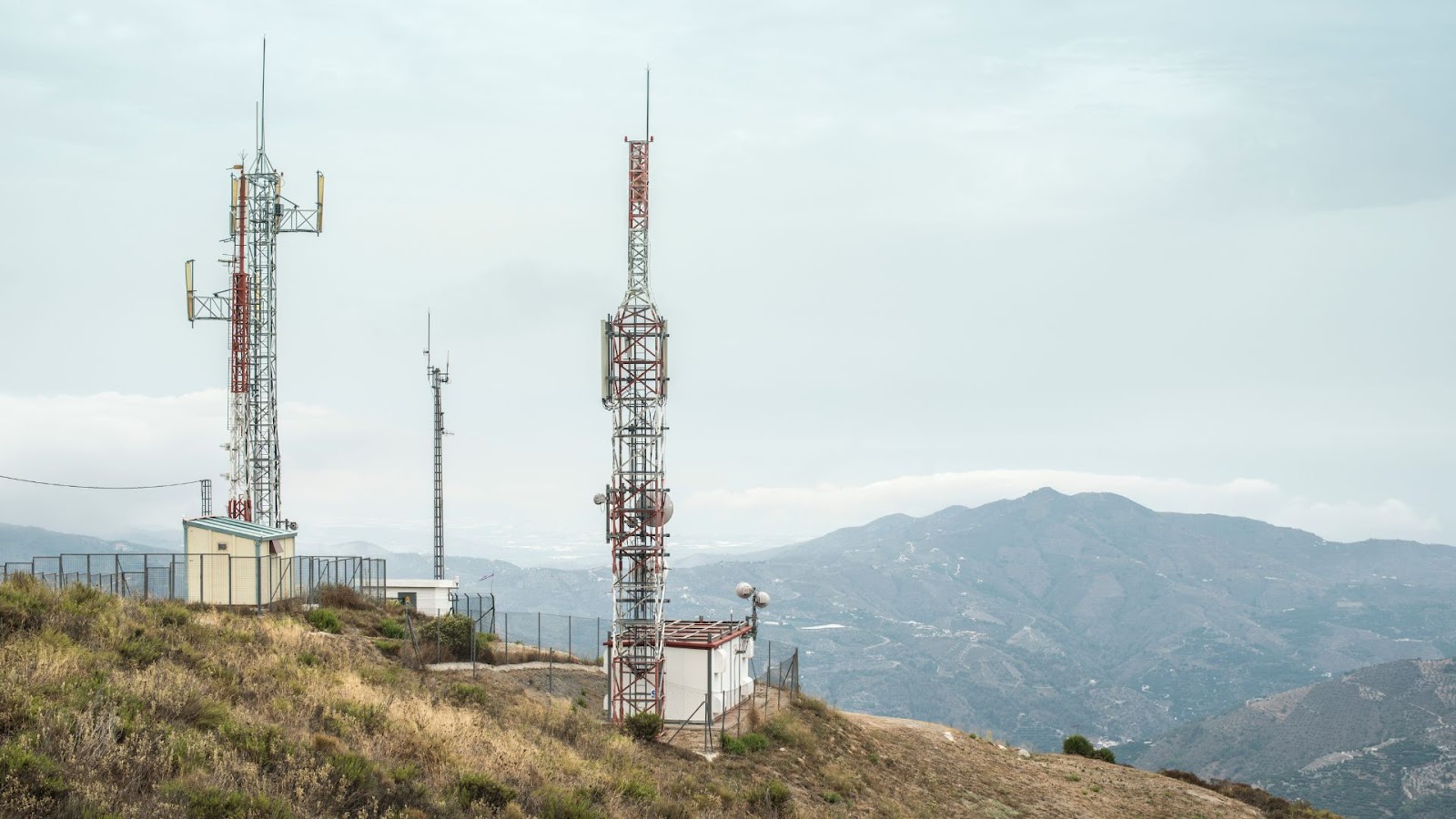 Cell phone towers provide phone coverage through radio frequencies. This is what we consider to be useful EMF radiation. However, phone towers also emit other forms of radiation such as heat and pulsed microwave signals which are considered useless.

When people make calls, RF signals are bounced back and forth to the base stations. In turn, the RF waves produced at the base station are given off into the environment, where we can be exposed to them.

Exposure from a cell tower will depend on the type of antennas, the number of antennas, how much the antennas are actually being used, the time of day, etc. In general, living near a cell phone tower is not healthy for a few reasons, most importantly, because of the radiation it emits and the multiple health risks associated with it.

In 2011, WHO (World Health Organization) and IARC (International agency for research on Cancer) declared radiofrequency radiation (RFR) to be cancer-causing.

Below is a brief summary of collected data from a population in Spain living 50- 300 meters away from the cell towers. Results from the 2003 study listed the physical discomforts experienced by people living within the said range.

Those who participated in the study reported several side effects ranging from:

People within the 50 and 150-meter radius experienced symptoms like:

A German study also showed a significantly increased likelihood (3x higher) of developing cancer at a young age for people living within 400 meters of a cell phone transmission mast. In addition, current studies suggest both short-term and long-term health risks for households within 300-400 meters of a cell tower. Thus, great precautions should be taken to build cell towers away from the more vulnerable population, such as children. 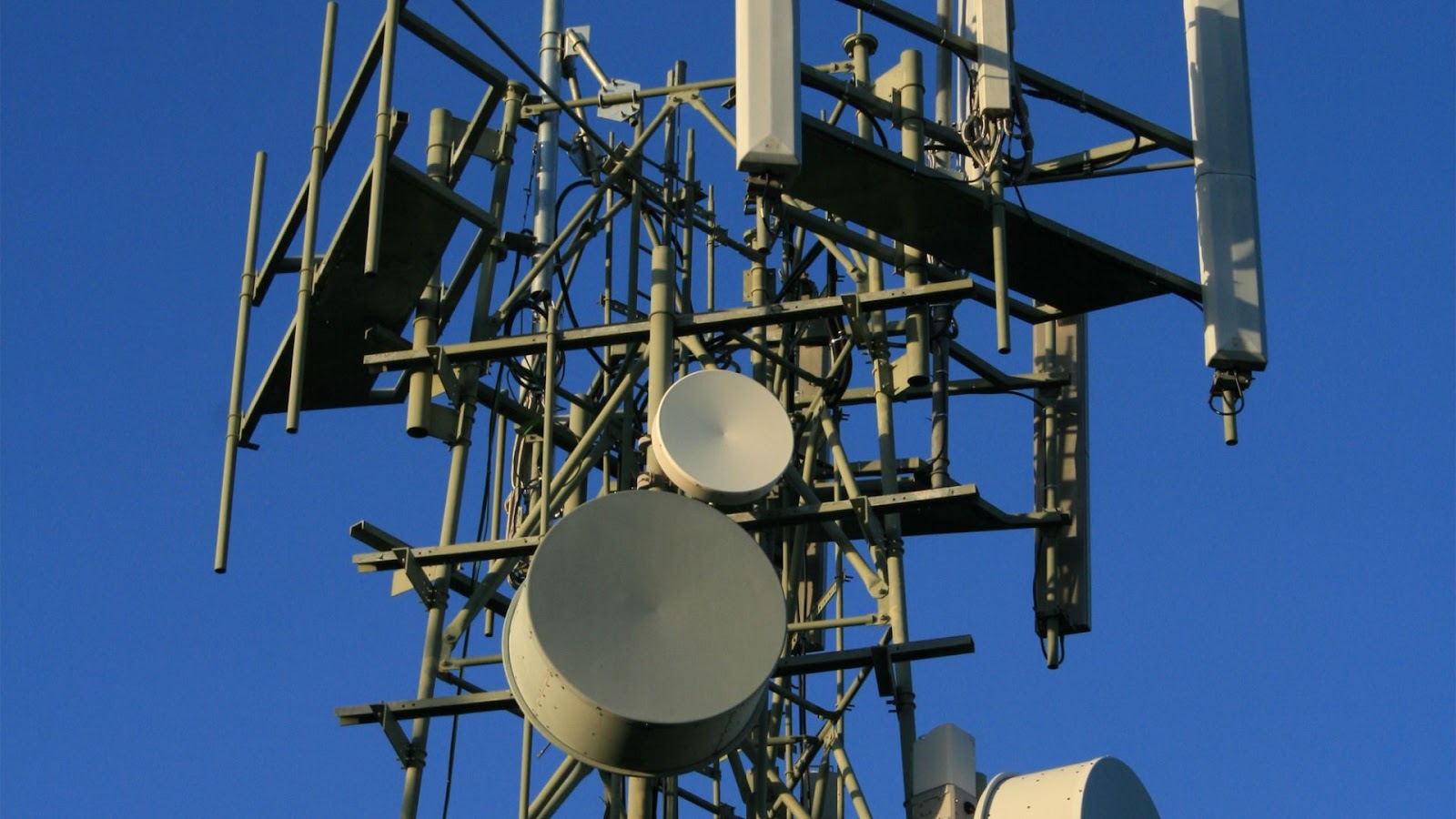 It is important to understand that not all mobile tower antennas are the same. How a receiving antenna works is different to how a transmitting antenna functions.

Moreover, not all mobile antennas emit the same radio frequency. One antenna could be emitting a radiofrequency of 800 MHz while another antenna is radiating 2300 MHz or 2.3 GHz. As a general rule of thumb, the higher the radiated frequency, the higher the radiated energy. It follows that an antenna radiating at 800 MHz would emit less energy compared to a 2.3 GHz antenna.

India’s Department of Telecom (DOT) established an Antenna Rule which states that if a mobile tower has 1 antenna, then it should be installed at a minimum distance of 20 meters from any household or building. The more antennas facing the same direction, then the larger the distance should be between the cell tower and a housing structure.

Another important thing to consider is the way mobile towers work. They’re typically built tall in order to reach over buildings, and produce the signal in beams or pulses. Because of the way the antennae are designed, you end up with something called a shadow zone.

Shadow zones refer to the area immediately under the base of a mobile tower, which is not in direct line of sight. In most cases, having a cell phone tower on the roof of your building will create a shadow zone immediately underneath it. This zone is therefore exposed to much less radiation. Consequently, a tower’s primary “radiation lobe” (main beam) falls around 50-300 meters from the base station mast at a 5-10° angle. This area is where radiation exposure is at its highest.

While it’s impossible to avoid radiation, there are natural and artificial barriers around us that can reduce the intensity of RF radiation.

An example of natural barriers are stones, rocks, and dense foliage. You may have perhaps experienced cellular reception loss while in the middle of the woods or if you’re nearby a forest. This is because trees, shrubbery, and almost any kind of foliage can absorb cell signals.

Aluminum foil, sheet metal and other electrically conductive metals such as copper and silver can reflect and absorb radio waves and consequently interfere with their transmission. We consider them Artificial Barriers. The higher the conductivity of a metal, the better they provide shielding against electrically dominant waves (RF).

What’s the Safe Distance From a Mobile Phone Tower? 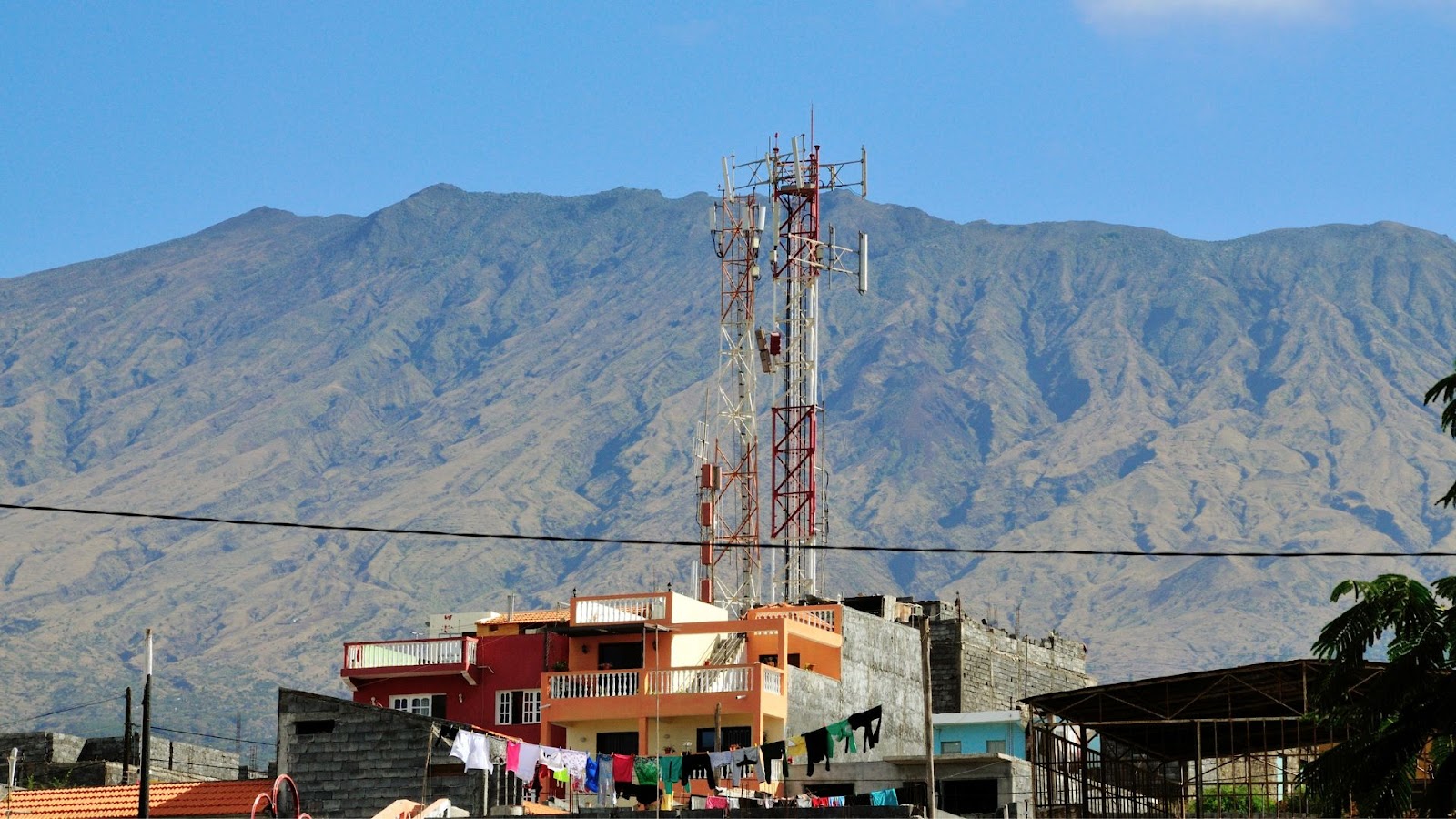 Radiation energy from a mobile tower decreases with distance. It is usually at its strongest within a 50- meter distance from the antenna, and the intensity keeps falling as you move further away. After the 150-meter mark, RF energy gets weaker.

The distance needed to reduce exposures down to the General Public Precautionary Level of 100 microwatts per meter squared (μW/m²) is often around a quarter of a mile (1320 feet or 400 meters) or more. Thus, If you find mobile towers located a minimum of 400 meters away, you are most likely safe. In addition, individuals with EMF hypersensitivity or other serious health issues may want to consider a much greater safety distance, perhaps a half mile, or even more.

Tips For Shielding Your Home From Cell Tower Radiation 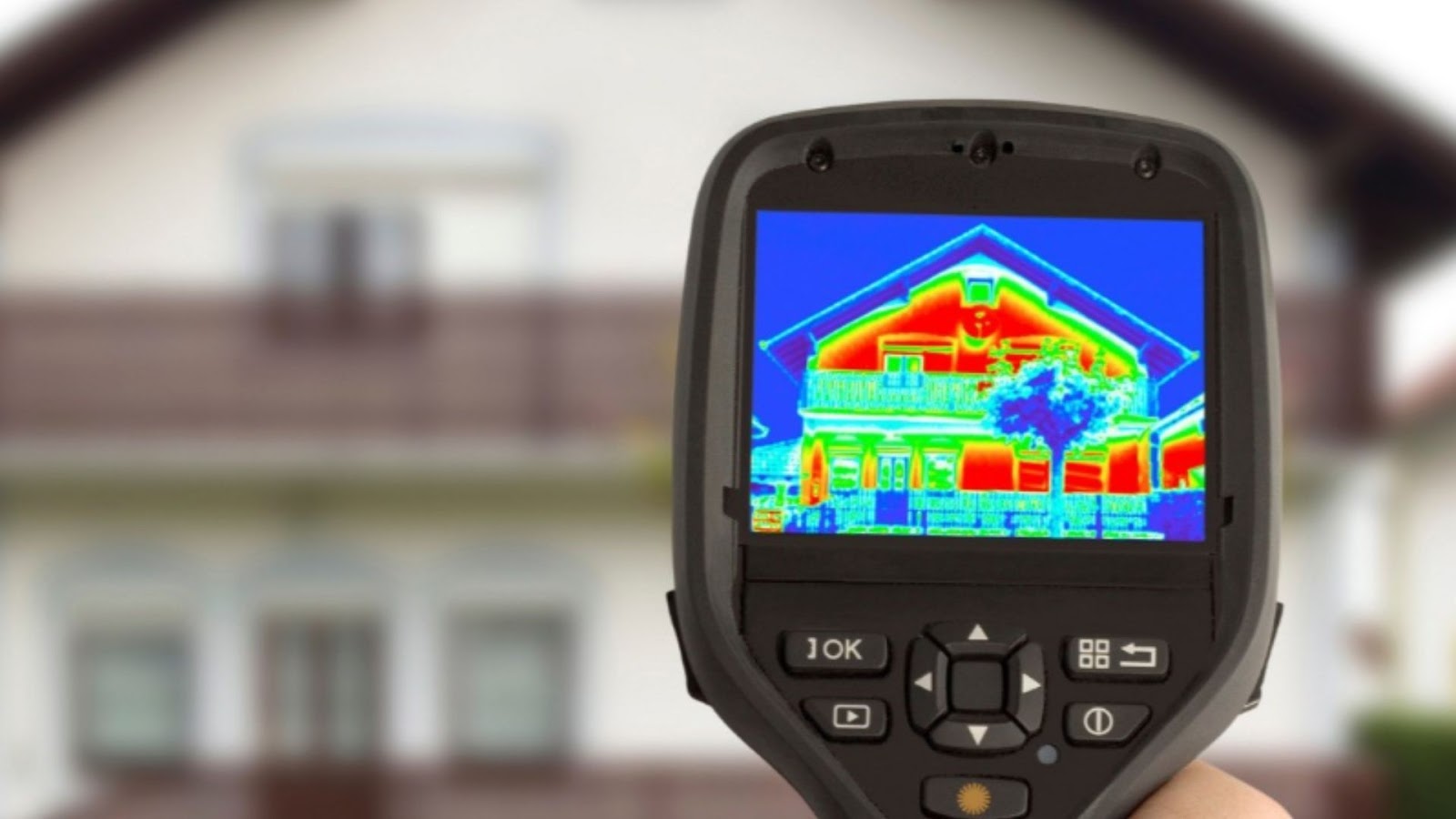 If you can’t see any mobile phone tower from your home, then you are less likely to be exposed to its RF radiation. However, if you live near one, it’s imperative to take proactive measures in shielding yourself and your home. Here are some helpful ways to do that:

This gives you a more accurate idea of your general radiation exposure and allows you to identify radiation “hotspots” in your home.

How much you are exposed to EMF radiation is cumulative. This means that your radiation exposure increases over time if you repeatedly expose yourself to EMF-emitting technology.

If you can't get away, you can at least move to a farther location in your home where there may be barriers to decrease your exposure.

Here at Radia Smart, we believe that reducing your exposure to EMFs and other types of radiation can only benefit your overall health and well-being. So whether you’re an office worker or a pregnant mother, our line of radiation-shielding apparel can help limit the amount of EMF you receive daily. Contact us today for more information!