Pregnancy is a time of utmost joy and anticipation for expecting parents. It is also the period when parents do as much as possible to nurture and protect their growing baby while preparing for the happy arrival!

Here is one aspect of your little one’s health that you may not have thought about: the effects of electromagnetic field (EMF) radiation on a growing baby. EMF radiation is emitted from all manner of ubiquitous sources in our daily lives, from mobile phones, laptops, WIFI routers, wireless devices, 5G towers, and more. Expectant mothers who wish to shield their babies from the negative impact of radiation use anti-radiation maternity clothes as a method of protection, with the EMF belly band being a popular item of choice.

In this article, we will expand a bit more on the effects of EMF radiation on a growing baby during pregnancy, explaining why so many mothers choose to wear an EMF belly band while they are expecting.

The dangers of radiation during pregnancy 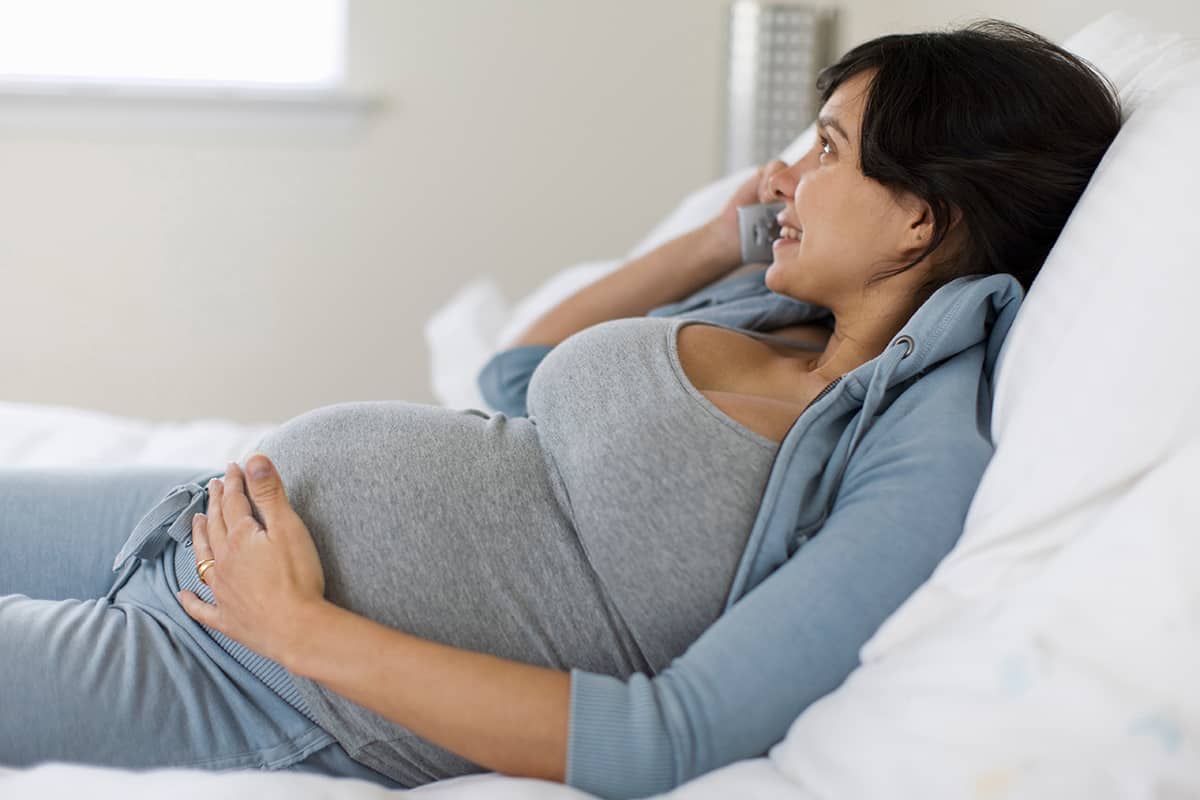 When it comes to pregnant women, the negative side effects of EMF radiation are even more concerning. This is because developing embryos have the potential to absorb higher levels of radiation compared to adults, which can result in unwanted issues like slowed embryo growth, interrupted mental development, or even prenatal death.

A study conducted in San Francisco showed that pregnant women exposed to higher environmental radiation levels miscarried at nearly three times the rate compared with those exposed to low levels. More than 900 women participating in the study carried meters that measured their exposure to EMF radiation for 24 hours. Expectant mothers with the highest exposure levels during their typical weekday routines were 2.7 times as likely to have a miscarriage than women with lower levels of exposure.

How does an anti-EMF radiation belly band work?

An anti-radiation belly band is made of a shielding fabric that covers the belly area of an expecting mother in order to offer protection against electromagnetic and wireless emissions. EMF belly bands get their shielding properties from specific materials that are woven into the fabric, such as silver fibre, that act to reflect and suppress electromagnetic radiation. Effective EMF belly bands can offer up to 99.9% shielding protection against non-ionising radiation sources, which include cell phones, laptops, tablets, WIFI, 5G, and Bluetooth.

An EMF belly band can be worn both under or over clothing throughout pregnancy, and provides comfort and support in addition to protection against the constant levels of EMF emissions in our surroundings. Expectant mothers are encouraged to wear an EMF belly band especially when using devices such as smartphones, tablets, or laptops, as this involves bringing an active electronic device very close to the body for a prolonged period of time.

With the use of an EMF belly band, pregnant mothers can have peace of mind knowing that they are shielding their babies from radiation emissions during a time when cell division and cell growth is very important for their child. Moreover, the anti-radiation belly band can be used anytime or anywhere whether at work, at home, or while out and about. It allows expectant mothers to continue with their daily lives and obligations without worrying about how EMF radiation could be negatively impacting the health of their child.

Protect your baby with an EMF belly band

Hopefully, this article has helped answer any questions you may have had on the dangers of EMF radiations during pregnancy, as well as what benefits an EMF belly band can bring. Here at Radia Smart, we believe in the importance of raising awareness on the negative effects of electromagnetic emissions and how to take precautionary steps to mitigate them.

Radia Smart has a wide range of anti-radiation maternity clothes and also radiation shielding blankets that have been laboratory tested, offering 99.9% shielding effectiveness against non-ionising radiation rays. If you have any further questions about shielding or EMF radiations, feel free to reach out to us as we would love to hear from you!